The capital city of Guadalajara is centrally located within in the Mexican state of Jalisco and is a perfect hub for branching out into the surrounding area. Don’t get me wrong – the city of 1.5 million is definitely worth its own visit; it’s brimming with art, music, shopping, and delicious food – plenty of things to fill up a weekend. But if you’re the type that likes to fit as much into a vacation as possible, there are several easy day trips about an hour outside the city to check out. One of the most popular is tasting the signature adult beverage in the neighboring town of Tequila. Or you might want start a longer trip in Guadalajara before moving on to another stop, like Puerto Vallarta   – which is about five hours away and too far for a day trip.

While we were in Guadalajara we ventured south, to the lakeside communities along Lake Chapala to spend a day with a friend of my parents’ who lives in Ajijic (pronounced: ahi-heek) just to the west of Chapala. We spent the day strolling, eating, and hanging out by the water – a relaxing day trip from the capital. Getting to Lake Chapala is an easy hour drive south down the highway, so all in all it was a great respite from the hustle and bustle of the big city.

A Stroll Through Ajijic

We met our friend, Lynn, in Ajijic and we strolled around the brightly colored neighborhood and along the waterfront. One of my favorite things about Mexico is how colorful the houses tend to be. If you were to walk through a neighborhood in the United States and find a house painted bright pink or orange you might cringe. (After all people pay monthly dues to housing associations to prevent that here) But in Mexico it’s just par for the course.  The houses of Ajijic did not disappoint and the cobblestone streets in the oldest part of the town just make it that much more charming. Along the water there’s a nicely manicured and maintained malecon, or boardwalk, that allows for an easy walk and breathtaking views of the lake. Lake Chapala is so big you might be fooled into thinking it’s the ocean – if it wasn’t for the towering mountain on the opposite shore.

After working up an appetite walking around the neighborhood, we headed to Yves for lunch. Lynn describes this place as ‘American food in a garden’ and I think that fits it to a T. When you walk through the stone arch entrance you’ll find yourself in the most tranquil of settings – green grass, turquoise water in a central pool, flowers blooming, and two white rescue donkeys. Yep, you read that right. Yves has two rescue donkeys, Vino Blanco and Martini, who not only get plenty of love from the owners and patrons, but are also heavily featured in artwork hanging all over the restaurant. The art shows the donkey in whimsical poses, driving jeeps, hanging out on the beach, etc. and painted with bright colors.

Street Art on the Malecón

Just a few minutes from Ajijic is the larger town of Chapala. I’ve mentioned how bright the colors are in Mexico throughout this post, and the malecón in Chapala is no exception. A large stone walkway runs along the lakeshore and is lined with palm trees and hanging flower baskets. You’ll find food vendors, pony rides, and scenic views, here at la Rinconcita de Amor, the Little Corner of Love. As we were driving to Chapala from Ajijic, I spotted some pretty awesome street art. I love being surprised by color in an alleyway, and having awesome travel partners who don’t mind my erratic shouts of, “Pull over! I have to get a picture of that!” 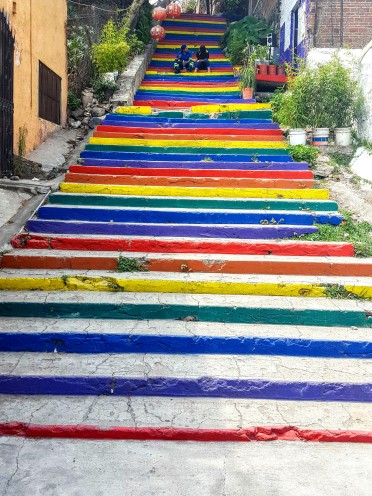 I can almost guarantee that you’ve never seen something like the Danza de los Voladores before. It’s an ancient ceremony that started over 400 years ago in central Mexico and is only performed in a handful of places today. The ceremony was begun, according to legend, to please the rain gods after a long drought. It consists of 5 men climbing a pole made from the largest tree, then 4 of them launch themselves off it while the 5th remains standing on the top of the pole playing music. How anyone came up with this I have no idea, but it seemed to work bringing the rains back so the ceremony became a part of life for the ancient peoples. It truly is quite a spectacle to see people willingly jump off a 30-foot pole and swing around it as the ropes they are attached to slowly lowers them to the ground.

Making a day trip to Lake Chapala is an easy way to see more of Mexico without relying heavily on things like planning, agendas, etc. Sometimes, in the middle of an action packed vacation, you need an excuse to just wander. Mexico has so much to offer – it’s not only beaches. 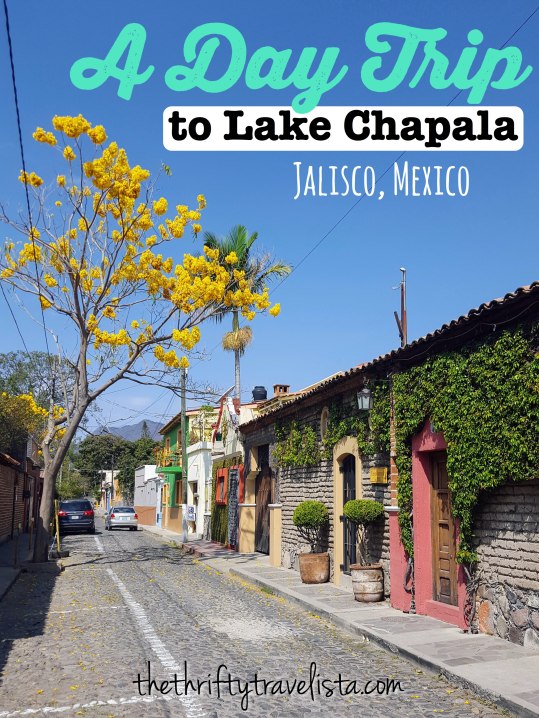 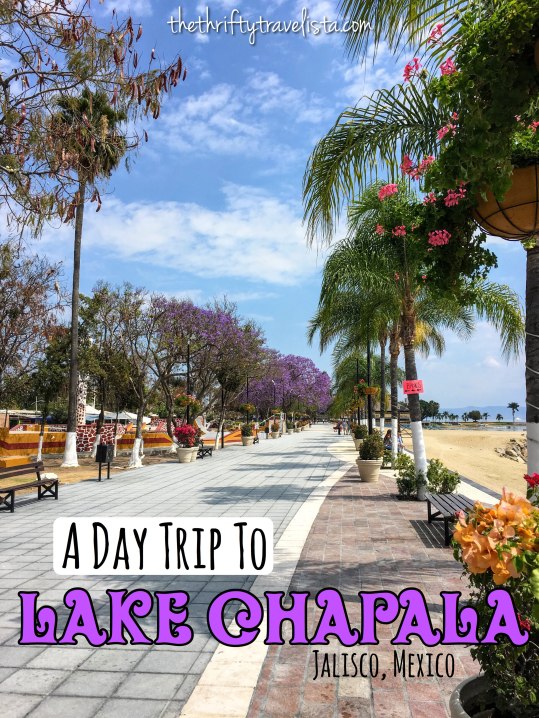 6 thoughts on “A Day on the Lake: Ajijic and Chapala”