London is hands down my favorite city.

I might be a little biased because I studied abroad there in college, but the magic of the city is hard to deny, even to the most skeptical.  There is so much to do and see that there are endless combinations to fill your time. You can literally spend an entire week only seeing plays. Or you could spend a long weekend and visit museums, or tour the many beautiful churches, or just hit all the regular tourist spots like the Tower of London, Notting Hill, or the London Eye. (Which are actually really awesome and totally worth visiting)

So when you only have a few days to explore the city, how can you justify using up an entire day to go to Windsor Castle? For me, that’s easy. Windsor is AWESOME. Windsor Castle is one of the many residences that the Royal Family has stayed at throughout history and is about an hour north of London. The original castle was built by William the Conqueror to protect England from the Normans in the 11th century. The grounds have been rebuilt and expanded by multiple heads of state over the years and has survived wars, fires, and floods. It’s where Queen Elizabeth II and her sister were housed during the second world war, and is now, eighty years later, her favorite weekend escape. Because it is still a residence, not all of the castle is available to view but the state apartments, semi-state rooms, St. George’s Chapel, and of course Queen Mary’s unbelievable dollhouse are part of the tour. 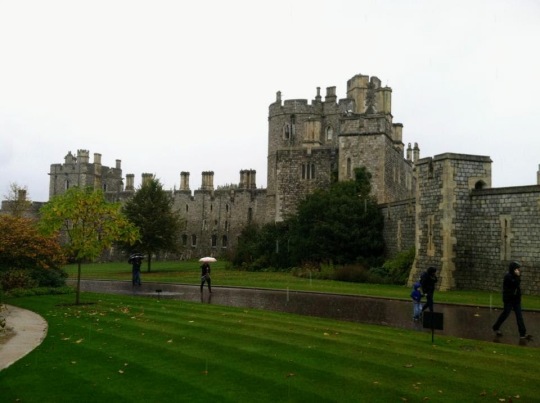 Arriving at Windsor by train is fun and easy. Take the underground to either Paddington or Waterloo station where you will pick up the National Rail to Windsor & Eton. Paddington > Windsor & Eton Central will have you changing trains in Slough and from Waterloo > Windsor & Eton Riverside is a direct trip. The Central and Riverside stations in Windsor are both only a few minutes walking from the castle. A round trip costs about $30 depending on the season. The castle is open from 9:30am  to 3 or 4pm depending on the season and you’ll want to schedule at least three hours to visit all of it so be sure to book your return trip with plenty of time to see the castle and get a bite to eat or shop/explore in Windsor.

The tour of Windsor Castle is self led, using the handheld listening device with headphones. It covers all the rooms on display as well as the history of the castle and the use of it today by the Queen and the royal family. There are even some narrations by the staff of the royal household. The rooms, artwork, and other pieces in the collection are absolutely stunning, but unfortunately you are not allowed to take pictures in these rooms. The grounds are beautiful, however, and you are free to take as many pictures as you’d like. The castle is beautiful in any weather. The tour lasts about an hour and a half but since you take it at your own pace, you can take as long as you’d like. 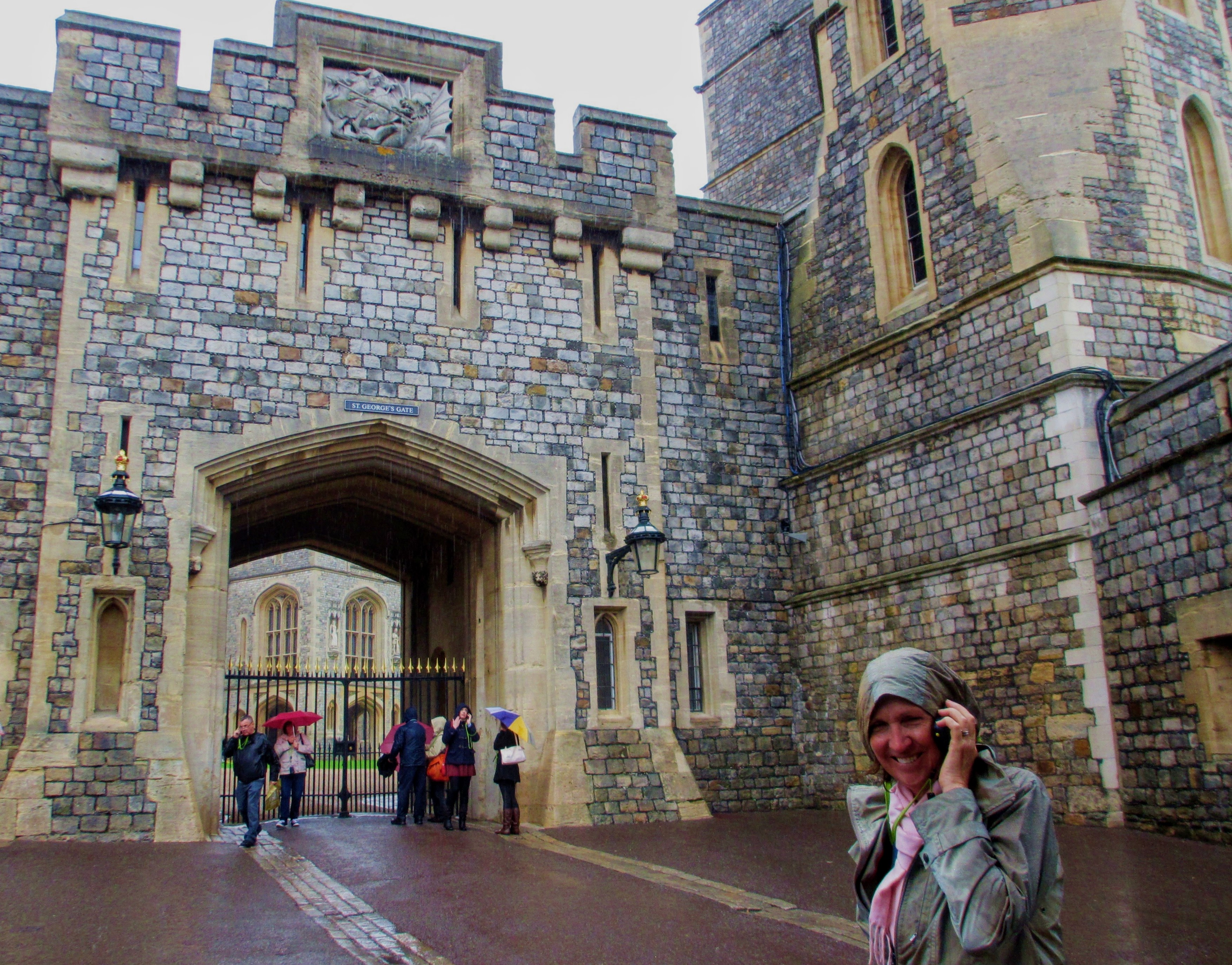 One of the biggest draws when it comes to Windsor is Queen Mary’s Doll’s House. Queen Mary was Queen Elizabeth II’s grandmother.  It was built in the 1920s by one of the most renowned architects in the country at the time and features 1/12th scale rooms filled with furniture, books, artwork, even a hidden garden.  It is so intricate that there is even electricity and water running in it’s pipes. It is an incredible representation of how the royal family lived during that period. 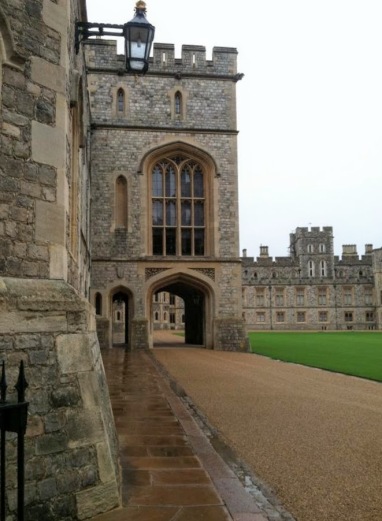 My favorite part of the tour is St. George’s Chapel.  Located in the Lower Ward outside the castle proper, the Chapel is a beautiful example of Gothic architecture complete with huge stain glass windows, impressive stone fan vaulting on the ceiling and statues lining the roof. It’s basically a mini Westminster Abbey with lots of hidden alcoves to explore so you can feel like you’re Indiana Jones or in a Dan Brown novel.  It’s also the final resting place of a dozen members of the royal family, including King Henry VIII and Jane Seymour (his third wife) and King George V and King George VI, Queen Elizabeth II’s grandfather and father, respectively. 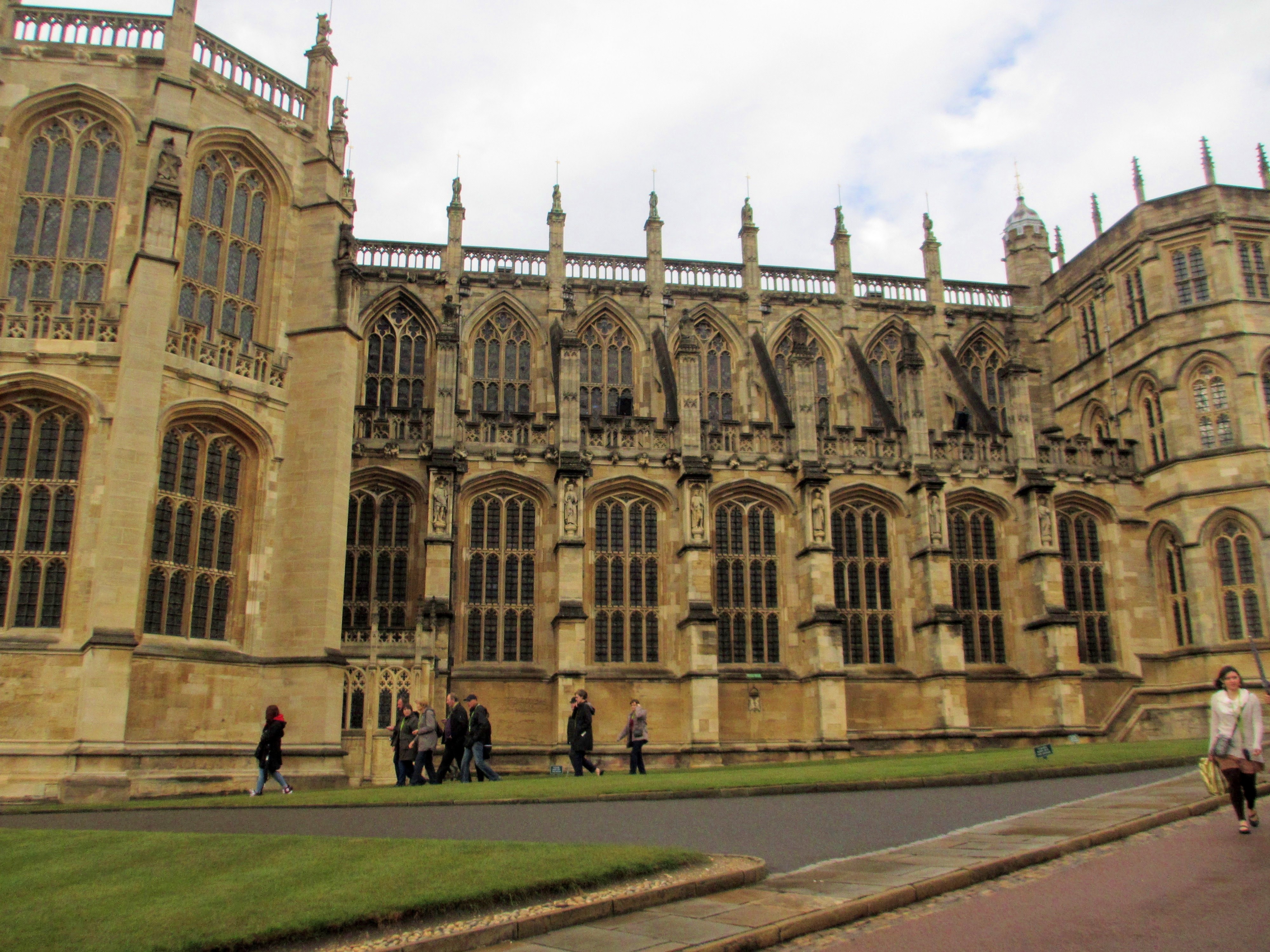 The Quire and the Naive are exceptionally beautiful, the rows of stalls for the Knights of the Order of the Garter and their respective flags hanging above is simply stunning. The Naive being anchored by the stunning West Window, one of the largest stained glass windows most of which date back to the 1500s.  The chapel offers services Monday thru Saturday that are open to the public.

As with the castle there are no photos are allowed in the chapel but there is a great website where you can see explore St. George’s Chapel in full 360*. Check it out here.

The first time I went to Windsor, by the time we got there the castle had already closed.

We had driven up from London and were a bit disappointed to have arrived so late. So we took some pictures in front of the gates and then started to look for some place for dinner. The Carpenter’s Arms pub is almost directly across the street from the castle so we didn’t have to look far.  It was almost Christmas and they had a special dish – a Christmas turkey sandwich. Piled high with thick slices of turkey breast, stuffing, and cranberry sauce it was hands down one of the best meals I’ve ever had.  So, of course, the other times I’ve visited Windsor the only option for grabbing a bite to eat after spending several hours exploring the castle has been the Carpenter’s Arms.  It’s the perfect English pub after an afternoon of immersing oneself in English culture and history.

If you exit out the back patio of the Carpenter’s Arms, you’ll come out onto Queen Charlotte Street, which is reportedly the shortest street in England – 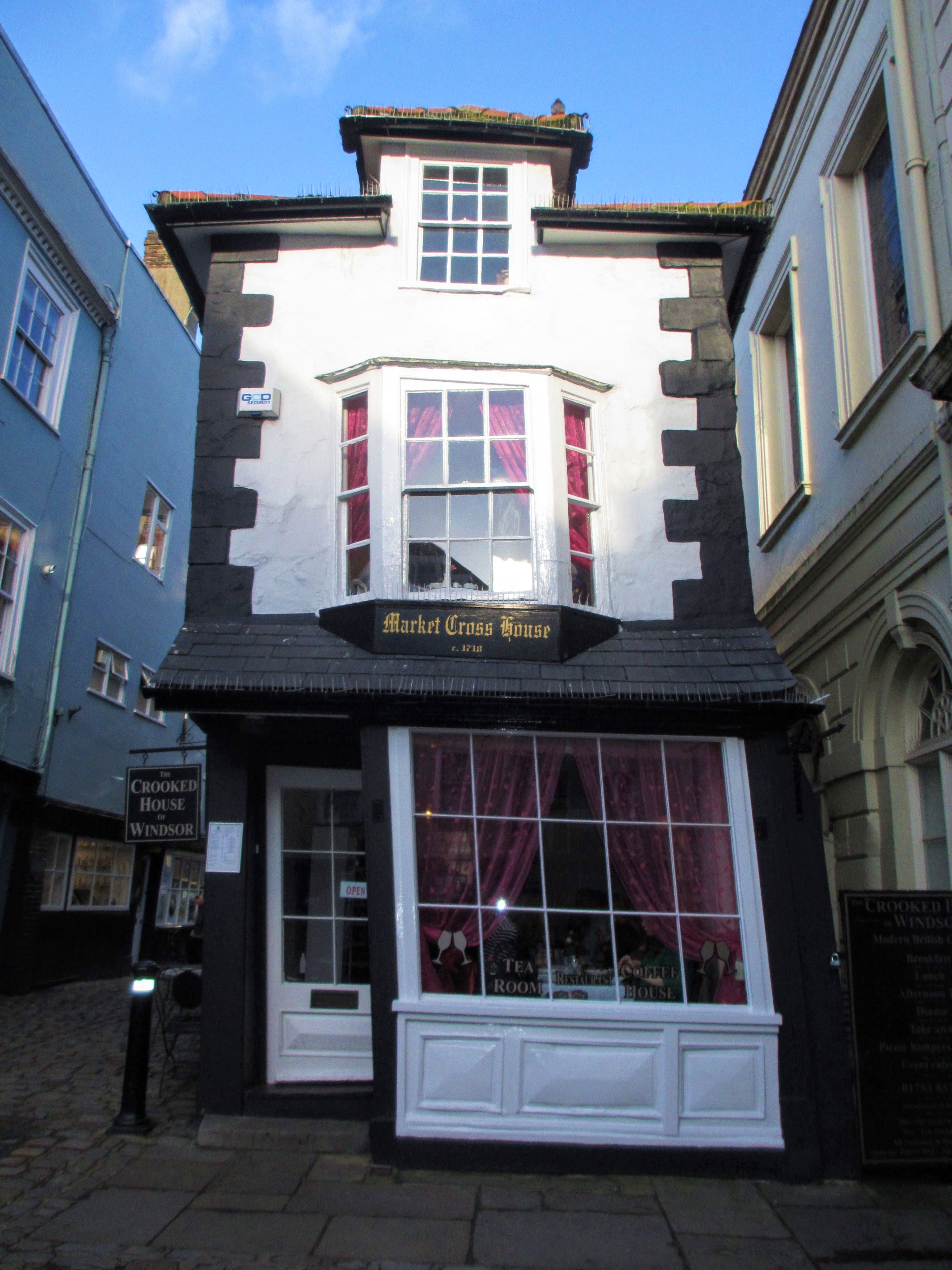 measuring at only about fifty feet long.  At the corner of this street and the High Street stands the new Market Cross House, otherwise known as the Crooked House of Windsor.  There’s something about strange architecture that I just can’t resist, but this isn’t a strangely built house.  In this case, the Crooked House started out normal enough. The original building was erected in 1592 demolished about a century later to make way for the building that was built next door. However, after a land dispute the building was rebuilt in 1718 in it’s former spot.  The story goes that the wood they used to rebuild it was of poor quality and the house began to sag.  Now the house stands at quite an angle. It’s quirky and old and how can you not just love it?

There’s a lot to love about a day trip to Windsor.  If you’ve never been inside a royal palace, this one is a great place to start.  The rooms on display are absolutely beautiful, dripping in gold, massive paintings hung on almost every wall, as well as statues, suits of armor, and other regalia displayed throughout the halls.  There is so much in the royal collection there is even a china museum displaying wedding china of past monarchs.  The town has grown to fit the tourist destination that it has become, with lots of adorable little shops, both on the High Street and in the covered Windsor Royal Shopping hall at the Windsor & Eton Central Station.  It’s the perfect day trip from London, and absolutely worth the time and effort.